The upcoming Bollywood film Dangal is sure to get people talking about women’s new and emerging roles of empowerment in Bollywood. Fatima Sana Sheikh will play Geeta Phogat, Haryana’s first female wrestler to qualify for Olympics. A superstar of Hindi cinema Aamir Khan will star alongside her as Geeta’s father, lending his popularity to the growing dialogue. Geeta’s story promises to play a huge role in breaking the stereotypes around women’s aspirations and calibre in popular Indian culture.

In a village deep inside the rural pockets of Pune district, however, another film already has people talking about women and girls in sports. A few hundred kilometres from the star-studded Bollywood film industry, a brigade of female boxers from Kabul, Afghanistan is opening up new opportunities for girls. The young female boxers appeared on a giant screen in Wagazwadi in The Boxing Girls of Kabul, a documentary film about the boxing careers of 3 young Afghan women, Sadaf, Shabnam and Shahla. 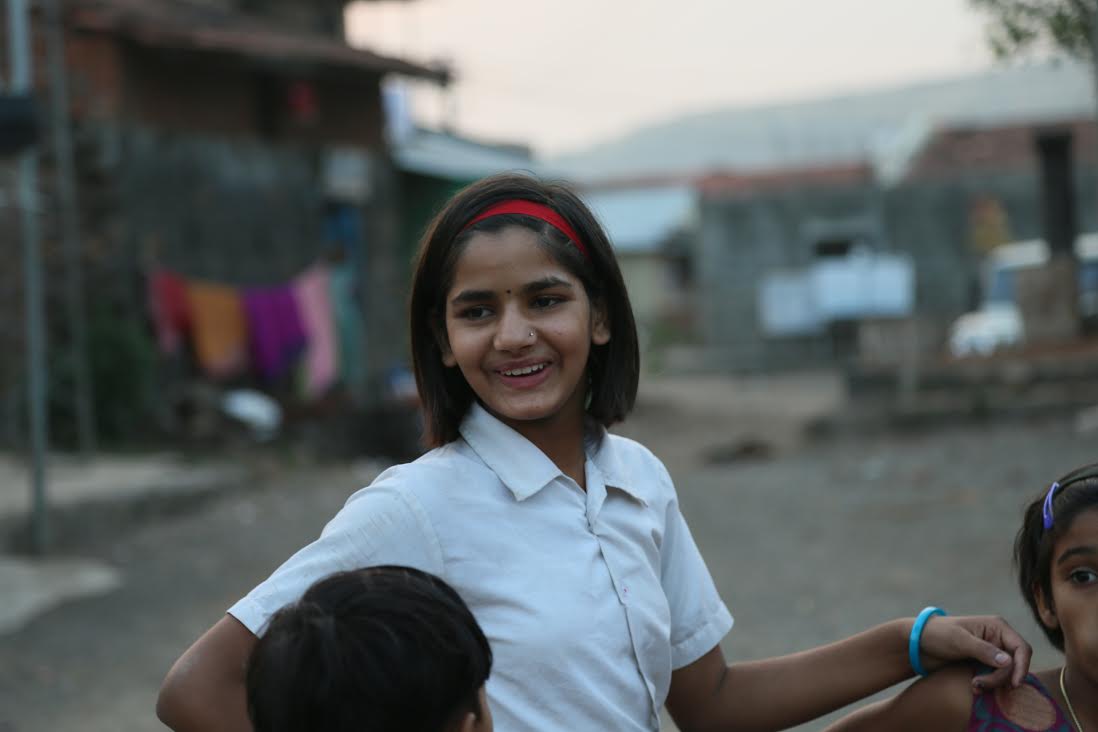 Prachi cannot stop smiling. Each sunrise and sundown, she now hopes to stop by her new favorite spot in the village for her daily sweat and a newfound routine. No, not for cleaning the house or the daily household chores, but working hard for her own fitness and strength.

With a fresh coat of paint on the wall and brand new set of parallel bars, abdominal exerciser and multi utility fitness equipment, Wagazwadi has a new health club for girls. “Our village never offered any such opportunity to girls. When I used to see boys use the gym, I secretly wished to use it for myself but I never got up the courage to ask my parents. Also, I always thought that it is important to study hard (I want to become a doctor), but I never realised that girls can also work on their fitness and strength, and that helps in building physical and mental strength”, said 15 year old Prachi.

According to a study conducted by United nations in 2003, “The practice of sport and fitness is vital to the holistic development of young people, fostering their physical and emotional health and building valuable social connections…. Sport also provides healthy alternatives to harmful actions, such as drug abuse and involvement in crime. Within schools, physical education is an essential component of quality education. Not only do physical education programmes promote physical activity; there is evidence that such programmes correlate to improved academic performance”.

“I am glad that men and boys in our village made this request to the village sarpanch (council),” Prachi  added with a broader smile.

“If girls are also allowed to use the gym, it will keep them fit and healthy; they are not meant to clean the house but work on their fitness and mental strength to achieve greater things in their career” said 22 year old Suraj Sampat Shinagre.

The boys and men of Wagazwadi have had a change of heart. It all started when they saw Sadaf, a young female boxer who in her boxing gloves was training at the very same stadium where Afghan women were once executed during the dark days of Taliban rule in Kabul, Afghanistan.

“Boxing has always, of course, been the most traditionally masculine and often brutal sport. If girls in Afghanistan can aspire and train to take part in Olympics, why can’t Wagazwadi girls aspire to at least work on their fitness? It will give them the confidence to tackle life’s challenges”, said 23 year old Sharad Shankar Babar.

The aspiration of a group of girls in Kabul to participate in the olympics in 2012 and their story of determination and courage is moving villages across Maharashtra. For the past 3 years Women and Girls Lead Global has been engaging audiences through powerful documentary films to encourage marginalised communities around the world to  change the status quo. WGLG’s Indian campaign, The Hero Project uses films such as Boxing Girls of Kabul to mobilise men and boys to become active agents of change and challenge social norms and address gender-based violence.

In September 2015, inspired by Sadaf and her fellow female boxers, men and boys of Wagazwadi formed a group, consulted village girls and launched a petition with village panchayat (village council) to release funds for construction and maintenance of a gym where girls can train exclusively.

“The story of Sabir Sharifi, the male coach of the female boxers in the film is the one who inspired us. The way he defied conventional cultural dynamics to train these women, was the trigger for us to question our privileges and perspective. His belief in his trainees irrespective of their gender, made us question ourselves” said 23 year old Vikas.

As more and more men acknowledge their privileges and work towards creating an enabling environment for girls, the inspiration spreads. The phenomenon of Aamir Khan as a role model father to Geeta Phogat will certainly touch the hearts of fathers across India, but for now Sabir’s perseverance to nurture the dreams of young aspiring female boxers against the oppression of the extremist Taliban regime is making waves in girls empowerment and strength in rural Pune.

From a brave coach on a screen, to a determined group of men and boys in Wagazwadi, to other men and boys across India, each one has the power to inspire the next to be a champion for safe spaces where women and girls can thrive.