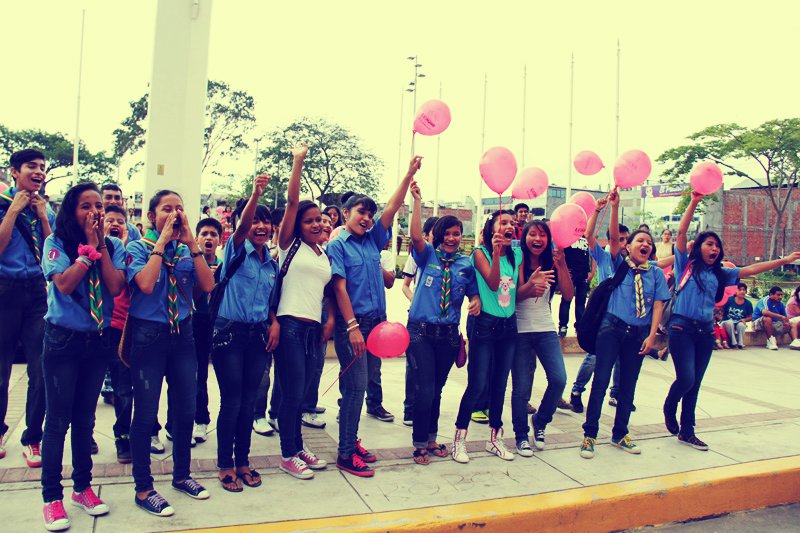 There are 15 million Facebook users in Peru, and 61.2% of them are adolescents. In light of this, WGLG-Peru’s effort to start a conversation about reproductive and sexual health with young people reaches them where they are – on Facebook. According to WGLG-Peru communications specialist Javier Véliz Tacure, “Social media, especially Facebook, is very important to WGLG’s efforts to reach out to adolescents and youth. This is how we share information about our activities, workshops, film screenings, and other reproductive health-related information with our community.”


Unwanted pregnancies among Peruvian teenagers are on the rise. According to a 2014 National Institute of Statistics and Information survey, 14.6% of girls aged 15 to 19 became pregnant for the first time in that year. Not only does this trend impact the health of these adolescent girls it is tied to high rates of school dropouts nationwide. Statistics show that only 1 in 10 pregnant girls return to school to complete their education.

WGLG-Peru has been working to address this problem by empowering young people through education about sexual and reproductive health, as well as other gender issues. But in a context where reliable information about sexual health is not readily available, the internet is becoming an important information source for young people. In 2014, almost 63% of internet users in Peru were searching for health-related information online. Keeping this in mind, the WGLG-Peru team extended the reach of their ‘Ahora Es Cuando!’ campaign to include multimedia and social networks. In August 2015, they kick-started a meme contest inviting youth leaders from partner organizations and local allies to submit memes that spread awareness about the prevention of unwanted teen pregnancy. WGLG-Peru’s Facebook followers were then invited to vote for the winning entry. 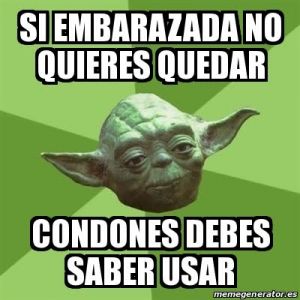 1st place: “If pregnant you don’t want to become… use condoms, you must.”

Teenage pregnancy and its impact on the lives of young people is very serious, but WGLG-Peru’s meme contest gave them the opportunity to share their experiences in a light yet direct way.  According to 1st place winner Juan Carlos Pari, the contest gave him the chance to share his meme as well as his concerns with his family and friends. He says, “They were the ones who participated and interacted by “Liking,” sharing and commenting. It was thanks them I could win”.