A Women and Girls Lead Global facilitator, Sana Al Hanaqtah, used to watch Women of the World films with her husband, Ahmad, as she prepared for her all female community screenings. Ahmad, age 45, was so inspired by the films and the WGLG 3-Film model that he asked Sana to train him in film facilitation. He wanted to facilitate an all male community screening for his male friends and relatives. 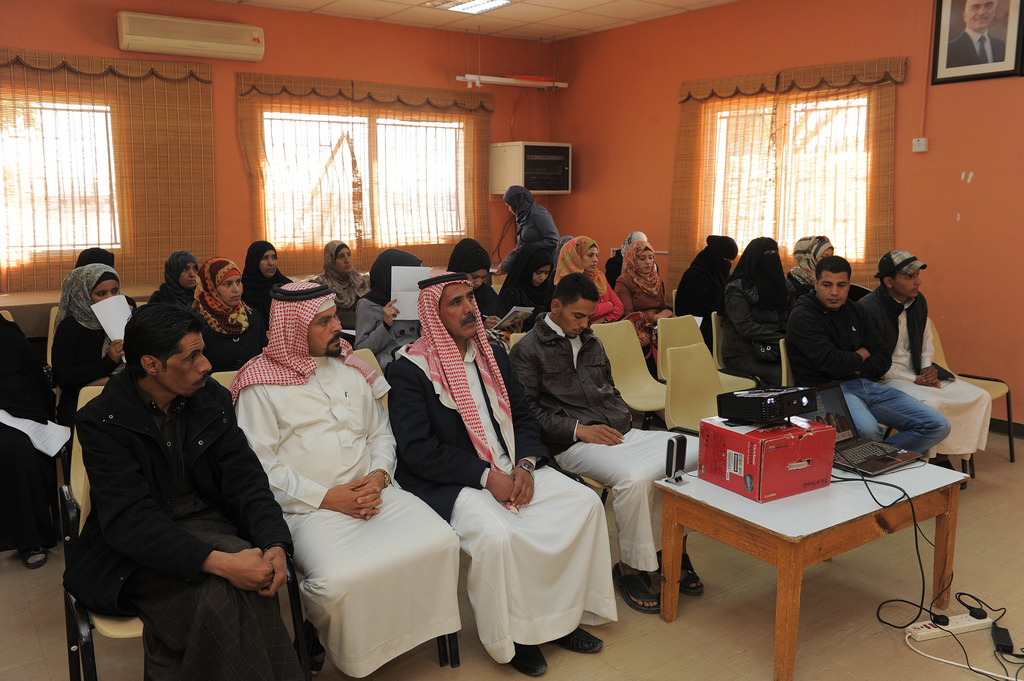 Sana trained Ahmad in film facilitation and encouraged him to read the WGLG discussion guide to hold a post-film conversation on the campaign’s primary focus, gender-based violence. At the first screening, Ahmad showed Casablanca Calling. After the film, the men in the audience had a long discussion about early marriage, and it’s impact, including negative stereotypes such as preventing girls from completing their education and pursuing a career.

Inspired by the impact of the film screening and pleased by the group’s discussion, Ahmad officially joined the Jordan WGLG campaign. You can find Ahmad and Sana in Tafileh today, arranging all-women and all-men film screenings as they discuss and promote gender equality.