Traditional gender roles and stereotypes are a barrier to women’s progress across the world, and in Kenya the widely held perception that women are not made to lead plays a big role in limiting women’s political participation. As a result women’s representation in government leadership remains far below the constitutional bare minimum of 33% mandated by the new constitution of Kenya in 2010.

Women and Girls Lead Kenya has been working with partners like MenKen to engage men and boys, and challenge the harmful stereotypes around women’s leadership. Across the country the MenKen network facilitates men and boys’ positive engagement with issues, like sexual and reproductive health, that are impacted by gender. 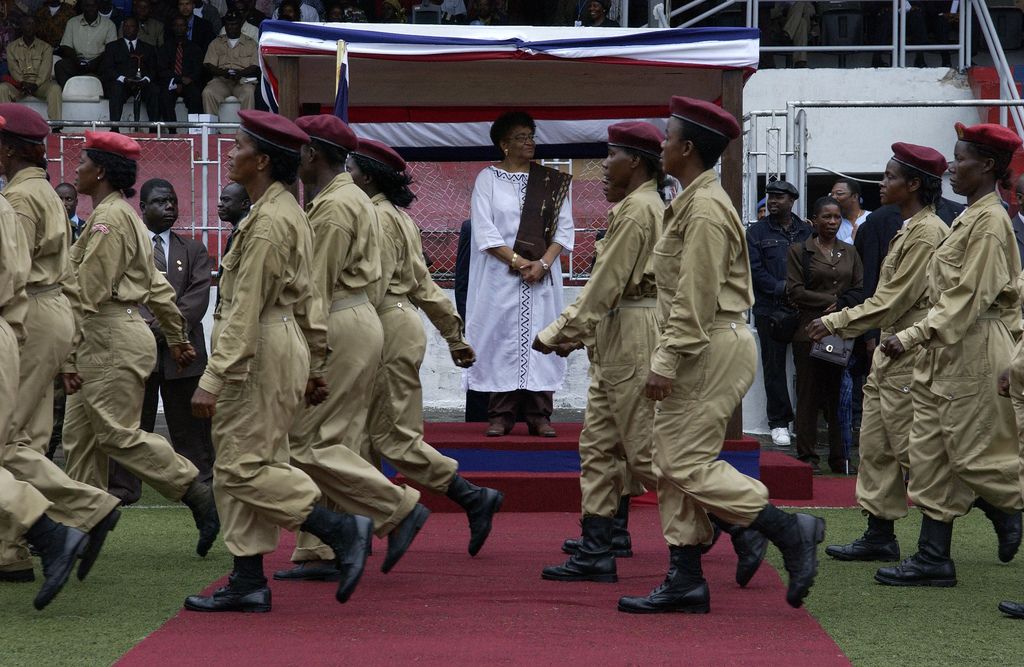 Still from Iron Ladies of Liberia

During one Women and Girls Lead screening with MenKen, Iron Ladies of Liberia persuaded a male candidate running for local office to see female candidates as more than just competition.

“The story of the struggle of the women in Liberia grabbed me and shook my understanding of the work of women and their importance…as I was watching the film I thought these women are fighting for peace without guns and machetes, and without taking sides they are winning.”  Pascal Ovinda

Traditional gender roles and stereotypes are a barrier to women’s progress across the world, and in Kenya they play a big role in shaping women’s political participation.

“Women in Kenya are fighting a silent battle with religious, cultural and societal norms.” Pascal Ovinda

Watching the extraordinary women in Iron Ladies of Liberia struggle against repressive institutions to rebuild a war-ravaged country made Pascal realize, “women are the change that our society needs.”