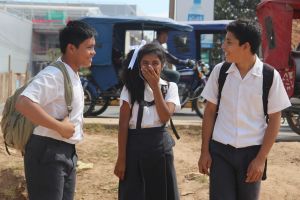 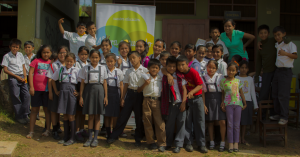 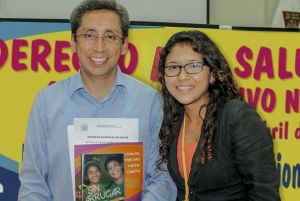 Great news coming in from our Peru team!

Back in April of 2015, Women and Girls Lead – Peru premiered the film “Don’t Back Down”, which was written, directed and produced by teenagers trained by WGLG and PCI Media Impact. In attendance at the film’s launch event in Pucallpa, in the Amazon basin, were several government authorities who had an opportunity to watch the film and receive information about Peru’s campaign “Ahora Es Cuando”. Impressed by the film’s potential to resonate with adolescents, the officials approached WGLG Country Engagement Coordinator Kathrin Pfeiffer about using the film as an educational tool. Katty Rojas, Obstetrician at INSN explained, “Especially at schools and health centers, there is a lack of educational resources that incorporate adolescents perspective. I think we need to listen to, and value this perspective if we really want to address youngsters’ needs, and work on health prevention.”

Apparently they were right. Starting in March 2016, the campaign’s new government partners will begin using the film to start conversations about sexual and reproductive health in Lima (National Institute for Child and Adolescents – INSN’ Health), Pucallpa City and nearby indigenous communities Atalaya, Sepahua, Masisea, Purus and Iparia (Provincial Municipality of Coronel Portillo). These areas range from conservative and traditional regions where there is very little discussion about the issue to areas where it is spoken freely about but there is a lack of access to information due to their remote location. Through the use of the film, governmental authorities hope to better engage the youth in their local communities. “Several of our adolescents live in remote communities, where there is often a lack of health professionals, because this locations are hard to reach. It is our responsibility to look after our children, and provide them with quality health and education services. This services should incorporate the use of innovative resources and methodologies, like the use of film screenings.” said Vera Ramos, Regional Government´s Councilor.