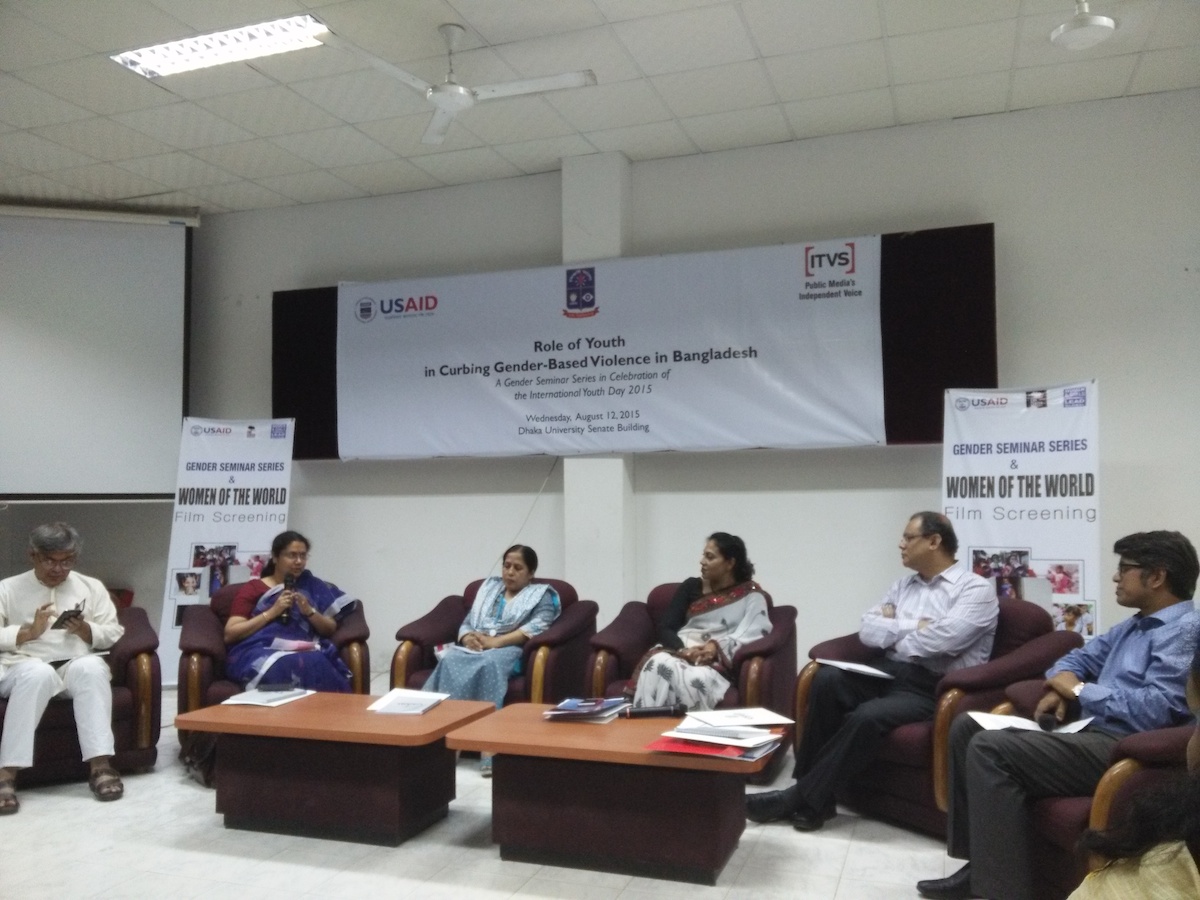 The first of the two films shown was Social Mapping, an exemplary initiative taken by students of Satkhira – a district in southwest Bangladesh – who identified “risk zones” within their community and created a map to ensure a more secure environment for girls. The second film shown was Tahmina’s Football Team, the first girl’s school football team in Naogoan of Northern Bangladesh and illustrates the obstacles these girls had to overcome in order to establish the team.

These screenings had a strong effect on the attendees. Ms. Nowsin Sultana, a second-year students Institute of Disaster Management & Vulnerability Studies promised publicly that, “I was hesitant when I received proposal to be part of department cricket team. Now after watching Tahmina’s Football Team, I have decided to play cricket for my department.” The film also inspired Ms. Tawhid Uddin, a first-year student of International Relation, “Our girls need more support from boys like us. We, boys should pay more respect to them.”