For decades, the state of Haryana was infamous for high reports of honor killings, rape, domestic violence, dowry deaths, and sex-selective abortions. The result was the lowest female: male sex ratio in all of India; about 880 females to every 1,000 males. Women and girls did not have the same value as men and boys. Many were killed for the fact of being just that- a female. Due to the rising gender gap, there was also a growing issue of women being trafficked and kept as slaves.

So when a group of 25 boys, ages 16-25, in a small Haryana village called Daulatpur, formed an informal task force to address this endemic violence and discrimination, they became a village sensation. 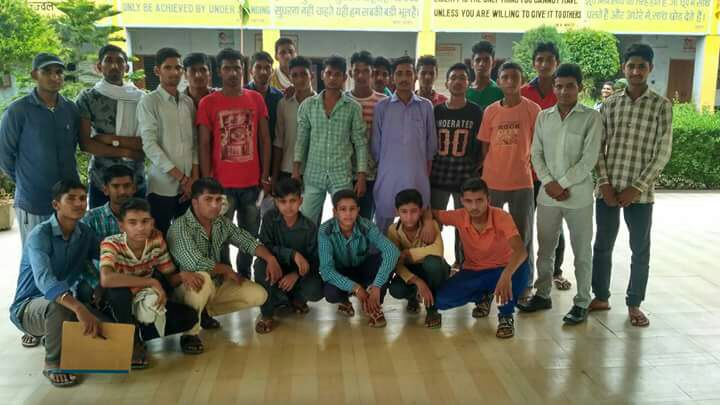 The idea for the task force emerged after the 25 boys met for three months to talk about violence against women and the meaning of masculinity. At first the boys found it difficult to accept the prevalence of violence and their role as perpetrators. The group facilitator, Ravi, age 23, was trained to use a model developed by Women and Girls Lead Global – ie, screening a series of three films to catalyze conversation that ultimately leads to community action. This Three-Film Model is used in all five-project countries – but in India, the model is specifically being used to address the rising cases of violence against women in the community.

Through films, stories and innovative thinking led by Ravi, the boys started to churn-up critical social justice issues. After the second screening of the WGLG film, Men Against the Tide, the group decided to work towards prevention of violence. Inspired by all three films and discussions, the boys formed an informal task force in their village

So far, the task force is working together to stop violence, to raise awareness, and to open up opportunities for girls. For example: one of the boys in the group often witnessed his neighbor beating his wife. Ravi and the group advised the village elders and intervened to speak with the abusive husband and stop the violence.

Mritunjay, one of the protagonists in the film, Men Against the Tide, inspired the boys to campaign for a football team for girls in their village. The boys are talking with village members to provide girls the opportunity to play sports, and to build the confidence that comes along with it. The boys also instigate sessions for school children about gender equality and violence against women.

If you stop in Daulatpur today, you will find young men teaching schoolchildren about gender equality and violence against women.

This past January, for the first time in the history of Haryana, the state reached the 950 mark- a sex ratio of 950 females to every 1,000 males. You can feel the tide change in a state with a long history of hostility towards women and girls.