The Hero Academy is a nine-week course for young men that uses a film-based curriculum to cultivate empathy and respect for women and girls.  One of the Hero Academy’s key activities is community mapping. Inspired by a community mapping exercise in a film called Revolutionary Optimists, the activity challenges participants to interview women and girls about the places in their village where they feel safe – or unsafe.  It was during this exercise that Raj Kumar began to understand the harmful impact that child marriage can have on girls. “One day, while surveying and interviewing girls, I met a handicapped girl who had been promised in marriage to a boy when she was eight years old” says Raj.  “When it came time for the girl to join the boy at his household a few years later, the boy refused to accept the girl as his wife, which not only destroyed the girl’s future but also created a lot of social stigma”. 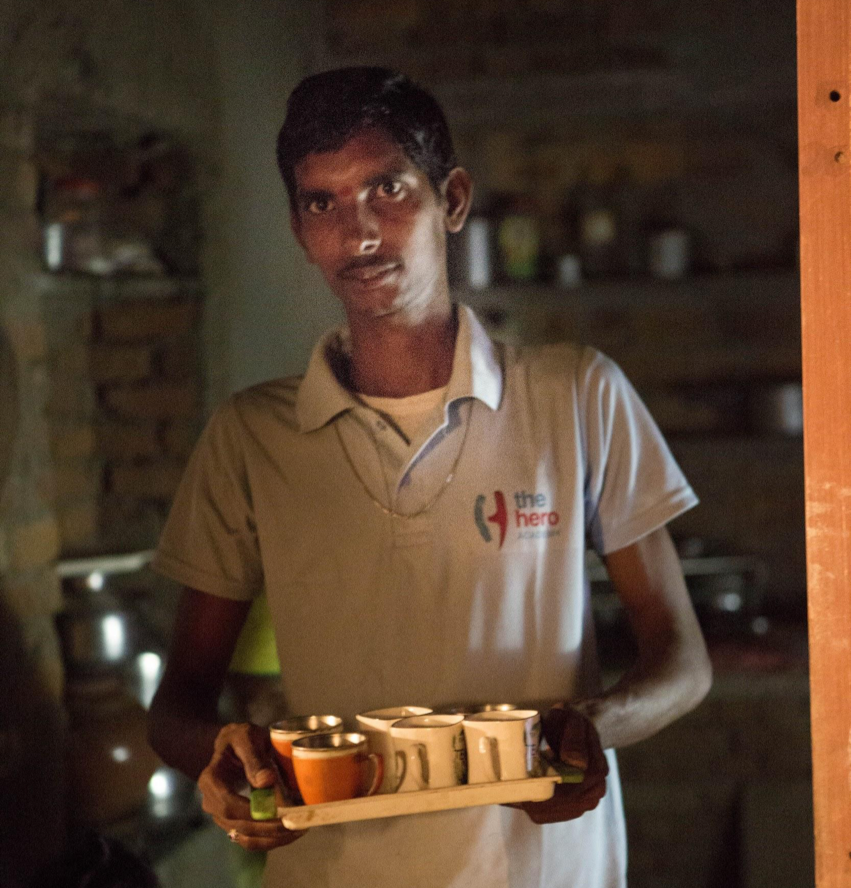 “I had arranged many child marriages, but there had always been a guilt.” – Raj Kumar

Raj Kumar lives in the Nainwa district of Rajasthan where 65 percent of women are married before they reach the age of eighteen. His father’s death forced him to become the sole breadwinner for his family at age twenty. Tasked with the responsibility of finding a husband for his five sisters, Raj Kumar dropped out of college to become a priest in his village. But resources were scarce and “to save money” he married off two of his sisters, aged 15 and 16, in one wedding ceremony.  Soon after, while participating in Women and Girls Lead Global’s Hero Academy, Raj Kumar’s encounter with a child marriage survivor transformed his life. He came out of that experience with a keen sense of the role he played in the lives of girls in his village. As a priest, he has the authority to arrange marriages and perform wedding ceremonies. “ I had arranged many child marriages,” he says, “but there had always been a guilt.”

“I now make it clear to the villagers who come to me with such requests: I will never again play a role in destroying a girl’s life.” – Raj Kumar

Raj realized that he could use his position in the village as a platform for change.  “Many families wish to marry or trade their daughters, either without their consent or at an extremely young age, where girls don’t take informed decisions,” he says. “I now make it clear to the villagers who come to me with such requests: I will never again play a role in destroying a girl’s life.”