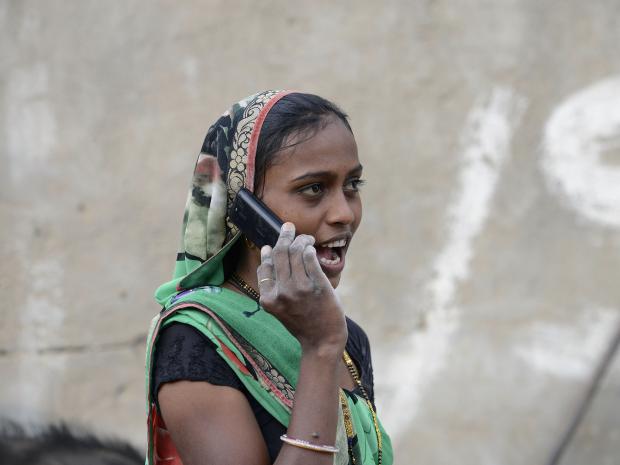 What did life without mobile phones look like? How did we access the information, communication and services we needed? It becomes harder and harder to imagine, right? Young women from two villages in India now face this reality because of community leaders’ apprehension about the freedom that mobile phones might offer them.

The United Nations’ Sustainable Development Goals include Information Communication Technology (ICT) as an important means to accelerate progress and bridge the digital divide. Access to mobile phones is central to this conception of development, with over half of the world’s population now using at least one mobile subscription, and the user rate increasing most rapidly in lower income countries. What started out as an elite technology is now the common person’s device, and for many people around the world it is their only means of accessing the Internet. However, while mobile phones have tremendous potential to bridge the digital divide, there is still a significant gender gap in access to mobile technology.

Last month, a village in Gujarat, India has banned girls below the age of 18 from using mobile phones. According to the village head, mobile phones are a “nuisance to society” that distract girls from their studies and other chores. Close on the heels of this ban another village council in Uttar Pradesh has forbidden girls’ use of mobile phones and social media, citing mobile phones as the reason for increased crimes against women.

With over 1 billion mobile subscribers, India is poised for a mobile-based surge in development, and yet 114 million fewer women own mobile phones than men. Mobile phones have become critical to financial inclusion, health information and services, education, and many other important areas of livelihood development. With so many fewer women and girls accessing this technology, it is clear that narrowing the gap is important to women’s empowerment.

Recognizing the promise of digital innovation to bring about greater gender equality, Women and Girls Lead Global, has begun integrating mobile technology into audience engagement, as well as project evaluation and reporting. The possibilities are endless – from facilitators reporting on film screenings in Bangladesh, to listeners calling and texting to participate in interactive radio programs in Kenya and Peru, to young people mapping safety concerns for women and girls in India and Bangladesh, to influencers tweeting their support of gender equality campaigns in Jordan. These innovations and others allow Women and Girls Lead Global to continue to narrow the gender gap, pushing for greater access to the resources women and girls need to be educated, successful, healthy, and confident.